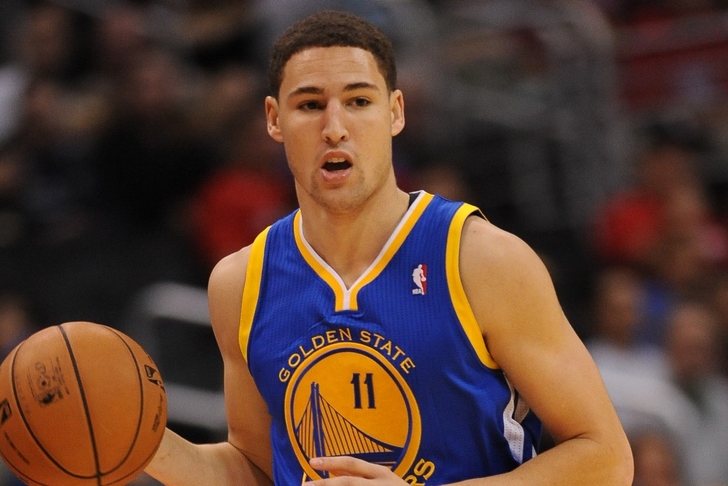 Can't get enough Kings news and rumors? Be sure to download our 5-star iPhone app today!

Before Klay Thompson agreed to a max extension with the Golden State Warriors on Friday, the Sacramento Kings reportedly tried to pry one of the Splash Brothers away from their area rivals.

Here's Marc J. Spears of Yahoo! Sports with the scoop:

Kings made late push to try to acquire Klay Thompson for anyone not named Cousins or Gay, a source said. Might have helped push GS agreement

With DeMarcus Cousins and Rudy Gay not on the table, the Sacramento Kings likely pieced together an offer consisting of a tantalizing unprotected first-round draft pick and a piece or two from the team's young, evolving core.

However, the Golden State Warriors, as they did during the Kevin Love sweepstakes this past offseason, rebuffed the Kings in favor of keeping their vaunted backcourt of Klay Thompson and Stephen Curry together for years to come.