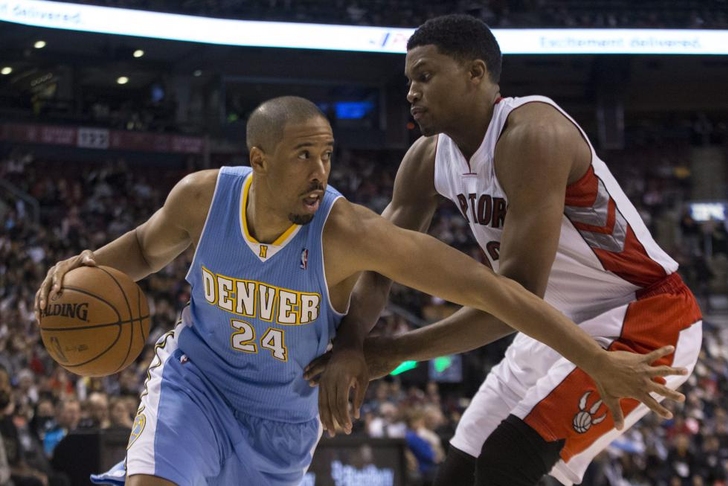 According to CSN Bay Area, the Sacramento Kings have offered Jimmer Fredette or Marcus Thornton to the Denver Nuggets in exchange for veteran PG Andre Miller.

The Kings are badly in need of depth at the point guard position, and Isaiah Thomas has been forced to play extended minutes because of Sacramento's lack of a real backup. Since the beginning of December, Thomas is averaging just under 36 minutes per game, and has logged at least 35 in 15 straight games going back to early last month.

Miller is on the trading block after falling out with Nuggets coach Brian Shaw. The veteran PG angrily confronted Shaw after being benched in Denver's 114-102 loss to Philadelphia on New Year's Day, and was suspended for two games as a result. Despite Miller's suspension ending after Denver's game against the Lakers on January 5, he didn't play in the Nuggets' 129-98 win over Boston on Tuesday. Miller is averaging 5.9 points and 3.3 assists in 19 minutes per game this season.