Kings Rumors: Could Mark Jackson Be The Next Coach In Sacramento? 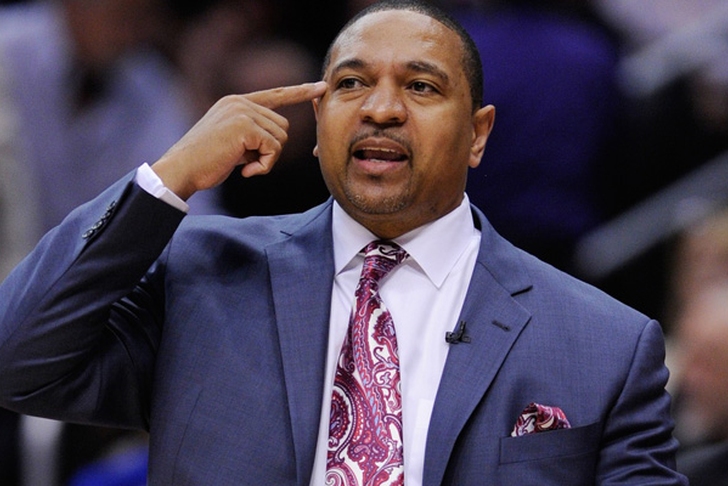 With Mike Malone out as Sacramento coach, the rumors started swirling almost immediately...but one caught our eye because unlike the rest, it had a very solid basis in reality.

After Sacramento's loss to Oklahoma City on Tuesday, GM Pete D'Alessandro, advisor Chris Mullin and DeMarcus Cousins met with Mark Jackson - who had been in town broadcasting the game for ESPN - met with Jackson in a closed meeting that reportedly lasted nearly two hours. It isn't hard to connect the dots - as coach, Jackson presided over two of Golden State's most successful seasons in recent history, but was fired after repeated clashes with management. The Kings have kept close tabs on Golden State's resurgence, with owner Vivek Ranadive giving up his stake in the Warriors in order to purchase the Kings. Jackson also ran the kind of fast-paced offense in Golden State that Ranadive wants the Kings to employ, so it would seem the stars have aligned nicely here.

Despite the number of coincidences that would point to Jackson coming to Sacramento, one meeting doesn't indicate that the former Warriors coach is giving up the broadcast booth for the sideline again so quickly. The Kings are going to conduct a thorough search, and they haven't ruled out the possibility of interim HC Ty Corbin taking the job permanently.

As things stand, we'd give Jackson good odds at being Sacramento's next coach...it's hard to see Corbin sticking around unless he leads the Kings to a playoff appearance this year (unlikely, with 50 wins the current minimum target for an 8-seed in the west), and none of the other names that have been linked (Vinny Del Negro, Chris Mullin) have Jackson's recent successes on their resume. Mark Jackson isn't a lock to be Sacramento's coach in 2015-16...but he's currently the safest bet out there.