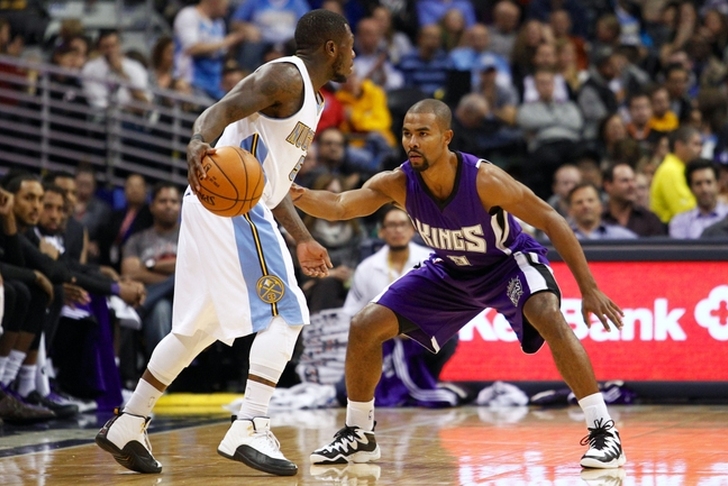 The Sacramento Kings aren't looking to make any major moves this season, but they're still being active on the trade market. According to a report from the Sacramento Bee, the Kings are actively shopping backup point guard Ramon Sessions.

Brought in to help fill the minutes that went to Isaiah Thomas last year, Sessions has been a disappointment so far. Never known as a defensive stopper, Sessions has gotten by on his offensive game...but even that hasn't materialized in Sacramento. Sessions is shooting just .353 from the field so far this season, and he's averaging just 6.1 points in 17.1 minutes per game.

As bad as Sessions has been, he's still a veteran option who might find a home on a more stable team. The Kings were in discussions with the Los Angeles Clippers about a deal that would send Jordan Farmar the other way, but nothing is imminent at this stage.

Knee and back problems have also been an issue for Sessions this year - he's missed Sacramento's last 10 games with a back strain. Second-year PG Ray McCallum has emerged as a slightly better backup option, but the shooting - .377 to Sessions' .353 - hasn't been much better.