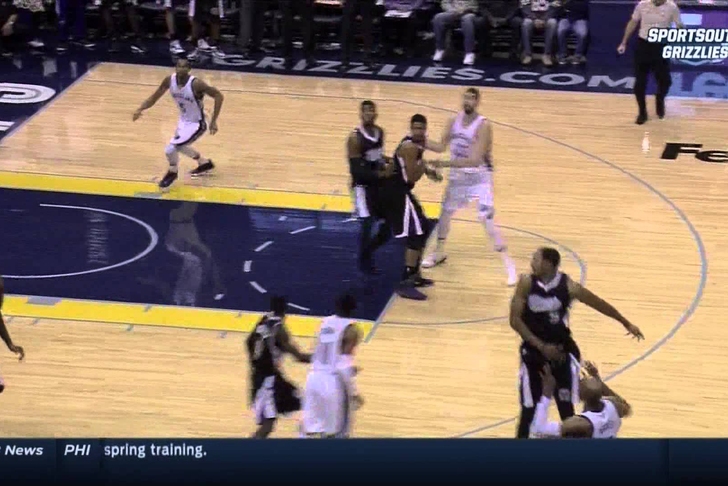 The Sacramento Kings are officially protesting last week's loss to the Memphis Grizzlies, arguing that the game-winning shot by Memphis' Courtney Lee should never have counted.

According to an Associated Press report, the NBA has promised to rule on the Kings' protest by December 2nd.

Memphis defeated Sacramento 111-110 this past Thursday thanks to a seemingly miraculous shot by Lee with 0.3 seconds left. Officials reviewed the play on the court, ruling that Lee got the shot off in time.

Per the AP report, "they not only checked whether Lee got the shot off before the buzzer, but whether the Kings tipped the inbounds pass. That would have started the clock earlier, causing time to run out before Lee's attempt."

Memphis head coach Dave Joerger wants to wash his hands of the entire situation, claiming the referees made the correct call with the information available.

"It's not something I really want to deal with or touch," Joerger said. "I just think the league handled it. They made their call. They had all of the resources and all the tools at their disposal."

Regardless, the Kings are contending that with such little time left, there's no possible way Lee could have gotten the shot off under the league's current clock operation rules.