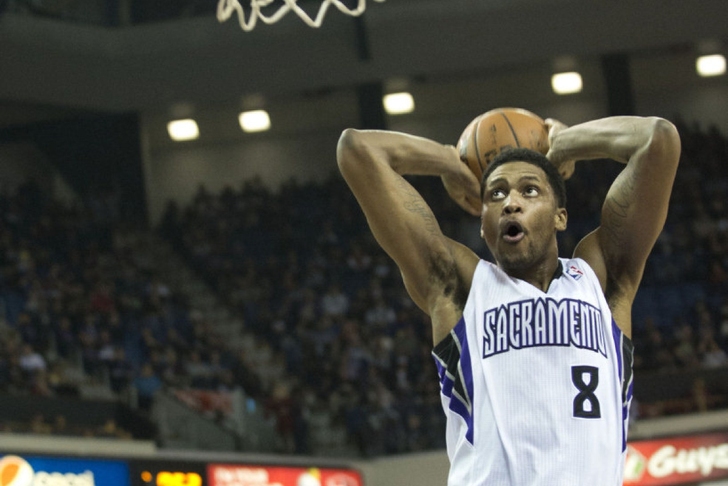 The Sacramento Kings were once again victimized by a huge comeback on Thursday against the Memphis Grizzlies, but Kings star Rudy Gay believes the team was actually victimized by human error at the end of the game.

Gay said, via Twitter, that the team was "Robbed" and that he guessed "the rules just ain't for us" after a controversial layup by Courtney Lee handed the Grizzlies an improbable victory.

As Blake Murphy of The Score points out, "Lee may have held the ball for longer than 0.3 seconds, which is about the theoretical minimum for a player to get a shot off. Uproxx Sports estimated he was in contact with the ball for 0.43 seconds, based on high-frame rate PVR recordings. That would mean the clock started late, and the Grizzlies were the beneficiaries of human error (and at home, which surely lends itself to conspiracy theories)."

In addition, it appears on tape that Ryan Hollins tipped the ball on the inbounds pass - a touch that should have started the clock even easier.

All in all, Gay has a point. The Kings were likely robbed, but still it's how they come back from this that makes all the difference.