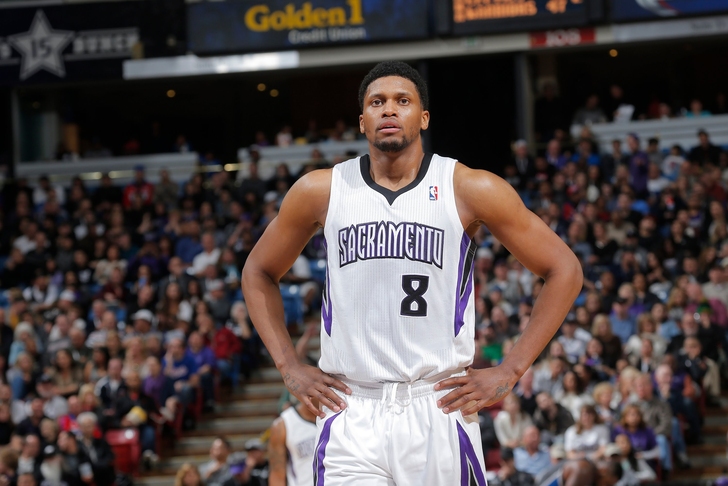 Rudy Gay has reached an agreement with the Sacramento Kings on a three-year, $40 million contract extension, per Adrian Wojnarowski of Yahoo! Sports.

According to Wojnarowski, "the extension begins with the 2015-16 season, and includes a player option for the the 2017-18 season, sources told Yahoo Sports. The ability to exit the deal early gives Gay a chance to become a free agent in the summer of 2017, when he’ll be 31 and the market will be flush with the proceeds of the new $24 billion television package."

Gay has one year left on his current conrtact, which will pay him $19.3 million.

Rudy Gay's agent, Alex Saratsis of Octagon, finalizing the extension with members of the Kings' management team over the past several days, culminating in an agreement on Saturday night.

This extension represents another step in the right direction for a Sacramento Kings team that seems to be turning the corner both from an on-the-court and an off-the court perspective.