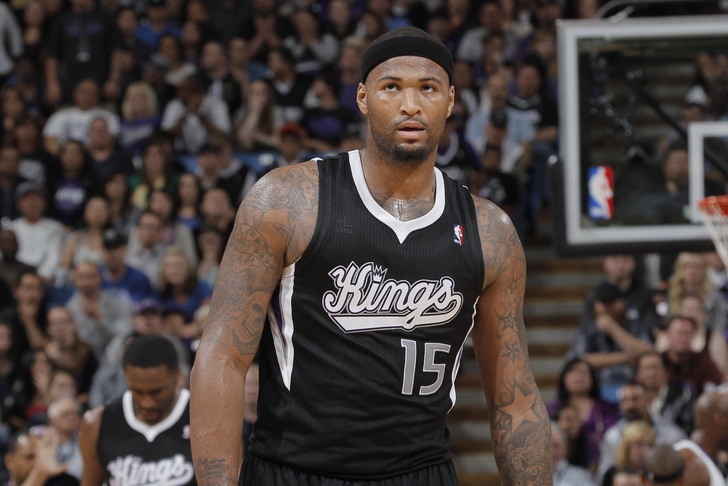 The Sacramento Kings' may have beaten the New York Knicks in overtime on Saturday night, but they allowed that same lowly New York squad to climb back into the game in the fourth quarter with has been a recurring bout of porous defense.

Wins are wins, but the Kings very well could have taken the Knicks down in regulation if they'd channeled the defensive mentality they had going for them early in the 2014-15 NBA campaign.

To star big man DeMarcus Cousins, the Kings are at least taking baby steps towards getting their defense back in order.

"That's wanting to defend at a high level, you know taking pride in actually playing defense. Can't be a team that tries to come out every night and outscore people. That's not us, we defend and our defense transitions over to our offense," Cousins told Kings blog Sactown Royalty. "We've got to get back to playing that type of basketball. Right now, we're taking steps back so we've got to get back on the right path."

In the eyes of Cousins' teammate, Jason Thompson, Saturday's win should function as a wake-up call for the inconsistent Kings defense.

"We've got to finish. Still got to find ways to get stops. They're not a good offensive team, but still got to the 100s even though it was overtime. So got to find ways to limit them to one shot, finish with rebounds and get back to our defensive ways like we did earlier in the season," Thompson said. "You don't want to try and outscore them because there are going to be nights where you don't shoot the ball well."