Kings News: Ben McLemore's Defense Impressing Everyone So Far In 2014-15 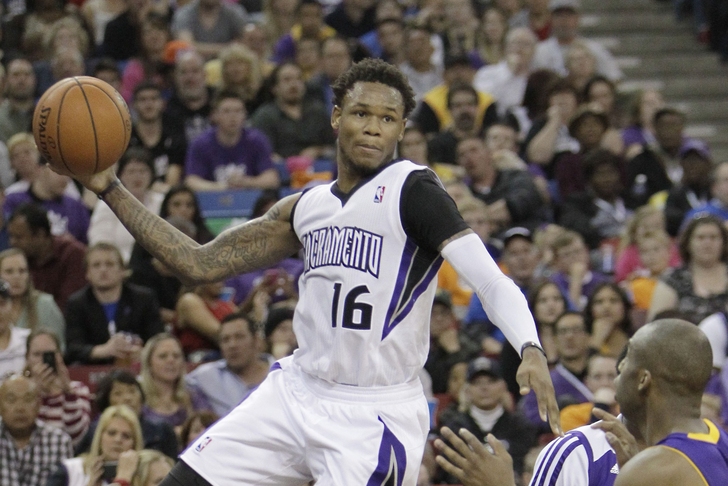 Wednesday night's Sacramento Kings victory over the Denver Nuggets was a source of pride for second-year shooting guard Ben McLemore.

It wasn't necessarily the final score, but the number two that stood out to McLemore.

That was the number of points Denver Nuggets guard Aaron Afflalo scored while being blanketed all night by the improved defensive force.

“When I walked out of the locker room the other night, (McLemore) said, ‘Coach, Afflalo had two points tonight,’” Kings head coach Michael Malone said, via Andrew Seng of the Sacramento Bee. “So he’s taking a lot of pride in his defense.”

Even against streaking Golden State Warriors guard Klay Thompson, McLemore held his ground. Thompson was held to just 4-of-14 shooting, his worst out percentage-wise of the season.

It's a far cry from his rookie year in 2013-14 where he looked lost and/or misinformed at times on the defensive end.

“I think everybody sees,” McLemore said. “Everybody on the team, the coaching staff, everybody around the league sees how I’m improving and trying to get better each and every day on my defense.”