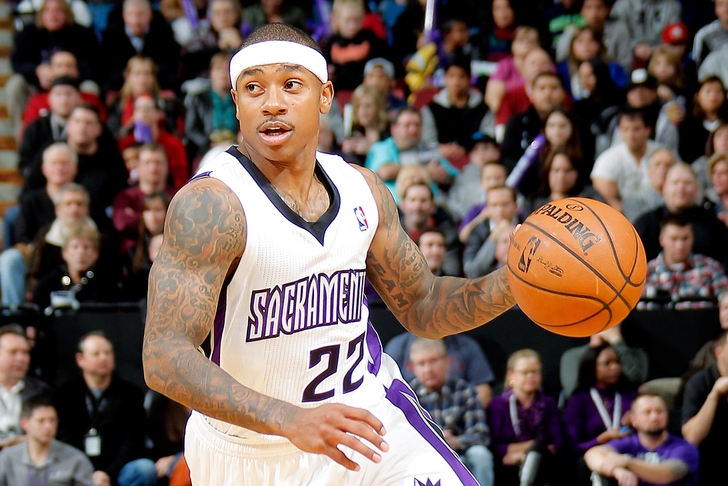 The Sacramento Kings and former point guard Isaiah Thomas had a bit of a messy breakup this summer, with the team's reported desire to slot Thomas into a sixth man role standing as one of the reasons why Thomas ultimately left to Phoenix on a four-year, $28 million deal.

Speaking with USA Today, Thomas opened up on why he felt like the Kings didn't show enough interest in him during this past summer's free agency period.

"I mean they were interested, but it wasn’t enough. I felt like if they wanted me as bad as they said they did, they should have been the first to show more interest than others. That’s the only thing that caught me off guard, but at the end of the day I thought, ‘Man, it’s a business and things happen.’ They looked in a different direction, and that’s what they wanted. People always say I feel bitter, but I don’t. People always ask me the question, so I’m going to answer it, and people always bring it up. So it is what it is."

Thomas also opened up about reports that certain members of the locker room weren't exactly pushing for his return to Sacramento.

"I’ve heard those things too. I don’t know, because I didn’t hear them say it, but I’ve heard people say it and more than one person. I’ve heard Rudy (Gay), and some things about DeMarcus (Cousins) saying some things, but I didn’t hear it, so I can’t say if it’s true or not.

But I know if them guys wanted me back then I probably would be back. And that’s as simple as it gets … The only thing is I wanted to be back because I loved the coaching staff. I love (Kings coach) Mike Malone. He was in my corner 100%. I know that for a fact. And then the city of Sacramento, with the love they showed me. (Sacramento mayor and former NBA player) Kevin Johnson. That was all I knew coming into the NBA. But at the end of the day, I wanted to be wanted – that’s what I keep telling people – and I didn’t feel like they wanted me as much.”

The Kings go forward with Darren Collison as their starting point guard, while the Suns seems quite happy to have Thomas in the Valley of the Sun. In the end, this could be a win-win situation for both franchises when it comes to results on the court.