How Much is Rudy Gay Worth? 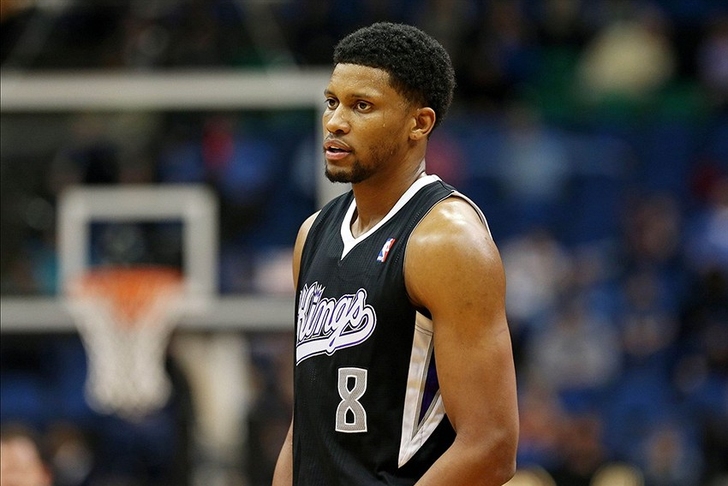 What do to with Rudy Gay is one of the most interesting cases in the NBA.

He was a franchise centerpiece in Memphis until analytics discovered he was one of the least efficient players in the league, so the Grizzlies shipped him and his massive contract to Toronto. Gay was a shell of himself there, and it seemed like the Raptors had gotten away with murder when they were able to trade him to Sacramento in December.

But last season, Gay looked like the guy we thought he was during his early days with Memphis, putting up 20 ppg, 6 rpg, and 1.3 spg. The Kings were remarkably better with him on the floor - something the Raptors were unable to say - and he fills a position of need on a young, talented team.

The problem is, what do you pay him? His contract runs out after the 2014-15 season, and he'd be an unrestricted free agent. Sacramento considers him a cornerstone and have made re-signing him a top priority, as he has the size (6'8", 230 lbs.), athleticism, and skill set that is so highly coveted in the league - which is why he's making a stupidly astounding $19.3 million this upcoming season.

It's hard for players to take a pay cut once they've seen as much money as Gay has. That being said, he should not be making more than guys like Kevin Durant, Derrick Rose, and Blake Griffin, as he is now.

Realistically, Gay should fit in somewhere around $12 million a year, which is where the likes of Tony Parker, Andre Iguodala, and Serge Ibaka sit in the NBA salary scale. Some people will still consider that an overpay, but Gay might only be willing to take a pay cut down to $14-$16 million, which would create a big problem (and headache) for Sacramento.

With all the young players on the Kings, front-loading Gay's contract (paying big money in the first year of the contract and have the salary decrease each season) would make sense if he still wanted his money and save Sacramento some long-term cap room, which seems like a happy medium for both sides.

However, convincing a 28-year-old in his prime to do that won't be easy.