DeMarcus Cousins Rips Charles Barkley, Has "No Respect" For Him 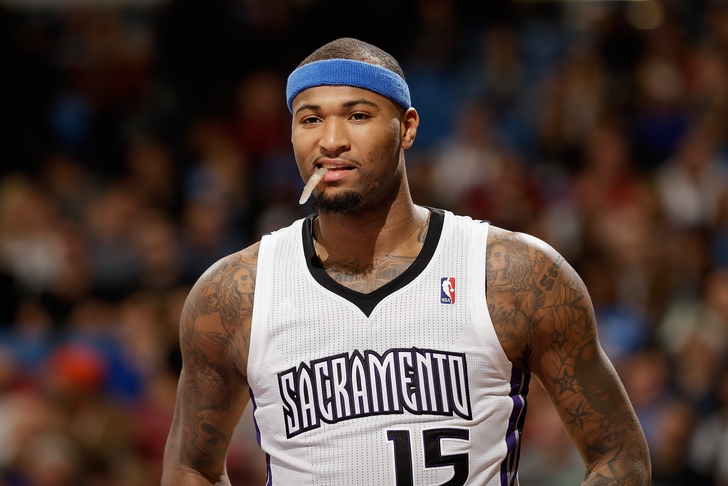 NBA Hall of Famer Charles Barkley is the best basketball player to ever come out of Alabama, but he's been a heavy critic of the state's current star - Sacramento Kings center DeMarcus Cousins.

Cousins has not taken Barkley's words over the years lightly, and actively avoids talking to him whenever they're near each other, according to Ric Bucher of Bleacher Report:

“I have no respect for [Barkley] and I never will. We have nothing to talk about. So, yes, every time we see each other, there will never be words.”

“I made a very conscious effort not to be too hard on him,” Barkley said. “I said he had a chance to be really good; I just told the reporters afterward that I was a little disappointed. Since then, I’ve also said he could be the best big man in the game if he’d just grow up. He’s never had a strong coach that held him accountable. I wish he’d had a Pat Riley or Gregg Popovich or George Karl or Doc Rivers that would’ve held his feet to the fire.”

“Coming up as a kid and hearing that from one of the best players ever to come out of Alabama,” Cousins said, “a guy people grow up looking up to, to hear him say, ‘Well, he’s not that good…’ I remember it like it was yesterday. Then, coming into my rookie season, you take up for your ex-coach and say I’m the worst thing that ever happened to Sacramento on national TV. Yeah, I’m going to remember.”

Cousins is averaging 22.1 ppg and 11.1 rpg so far this season for the Kings, while leading them to a surprising 5-3 record.

Sacramento's next game is tonight against the Memphis Grizzlies.