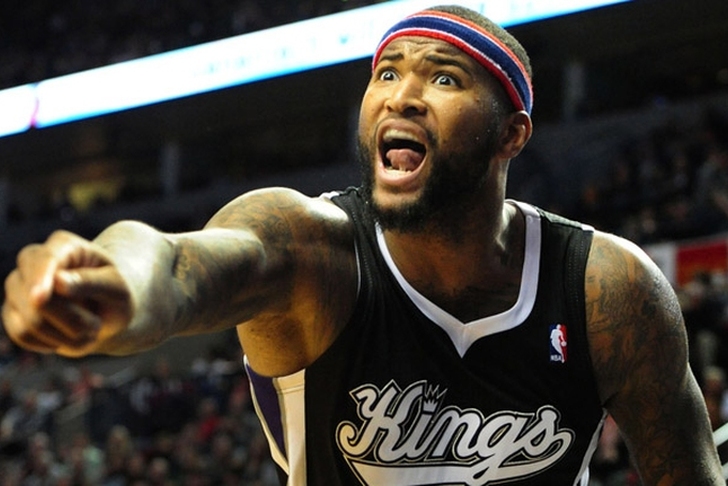 In six seasons since drafting DeMarcus Cousins, the Sacramento Kings have burned through seven coaches and never advanced to the NBA playoffs. It's unfair to put an entire franchise's failures on the shoulders of one player, but at the same time, there are several good reasons for the Kings to say goodbye to their hot-tempered big man.

GM Vlade Divac claims the team will not trade Cousins this year, but here's why they should.

3) Can't Be Coached
With the exception of Michael Malone, none of the Kings head coaches were really able to develop a good rapport with Cousins. While it's unlikely that the star center experiences another full-blown player-coach feud like he did with George Karl, his emotions have been a constant source of head-coach headaches through the years.

2) Fresh Start
The Kings have found their next Malone (read: competent head coach) in Dave Joerger, effectively ushering in a new era in the franchise's history. Problem is, most of Sacramento's roster remains on the books in 2016, meaning the team probably won't make any noise in the Western Conference playoffs. If they are willing to deal Cousins, they should be able to get plenty of assets in return to set them up for success in the long-term. Which brings us to our final reason...

1) Market Value
Cousins averaged a career-high 26.9 points last year to go with 11.5 rebounds per game. While he did miss some games due to injury -- a common theme throughout his career -- he kept the Kings competitive through the first-half of the season, and solidified his place as one of the NBA's elite big men with a second consecutive All-Star bid. Wth a bargain contract that runs through 2018, the time is now to grab a boatload of picks instead of waiting for him to walk.