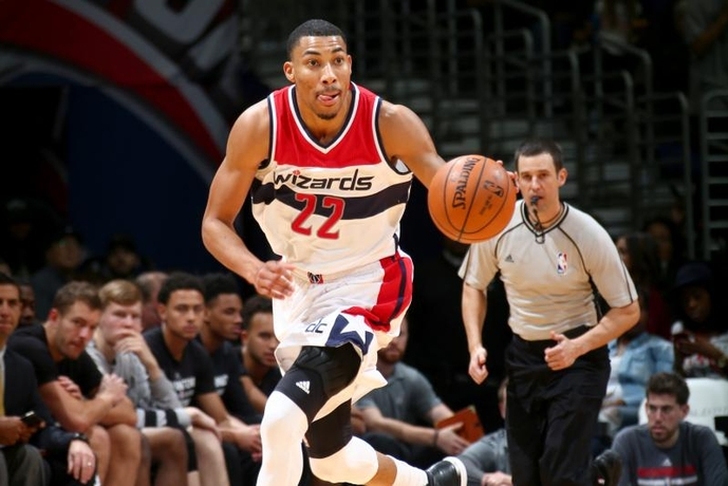 The Sacramento Kings are entering a crucial offseason as they move into the post-DeMarcus Cousins era, and appear to be on their way to identifying their core players after a stellar draft. Sacramento also has more cap space than any other team in the league this offseason, and are expected to use that to help speed up their rebuild. As such, here are their top three free agent targets this offseason:

Porter has been a top target for the Kings for some time. Even though he's a restricted free agent, there's a chance the Wizards may not re-sign him if another team were to offer him a max deal - which Sacramento plans to do (or at least get close to it). That would push Washington higher into the luxury tax threshold than they want to be and could simply choose to let him walk.

Sacramento has a big need at the small forward position with Rudy Gay leaving in free agency, and Porter - who just turned 24 years old - would fit in nicely with their young core. He is also coming off a year in which he posted career highs in nearly every category including field goal percentage (51.6 percent) and three-point percentage (43.4 percent). For a team with cap space to burn, Porter is definitely worth it.

Another player the Kings may be willing to shell out a big contract to is Jonathon Simmons, who emerged as one of San Antonio's best players during their run to the Western Conference Finals. He is due a massive raise from the $874,636 he made last season, and as such, the Spurs likely won't be able to afford to keep him.

A true lockdown defender, Simmons showed his offensive upside in that series against the Warriors, leading the Spurs in points per game after Kawhi Leonard went out with his ankle injury. That all-around, developing game certainly intrigues the Kings.

Iguodala will be in for a big pay day this offseason, and the Warriors may not be able to re-sign him. He'd be a perfect fit for the Kings, stepping right in and be a leader with championship experience, and even though he's 33 years old, that works out well for Sacramento. They could sign him to a lucrative short-term contract, allowing them to keep cap flexibility for future seasons as they focus on building their young core of players right now. Plus, he'd be a starter for them.