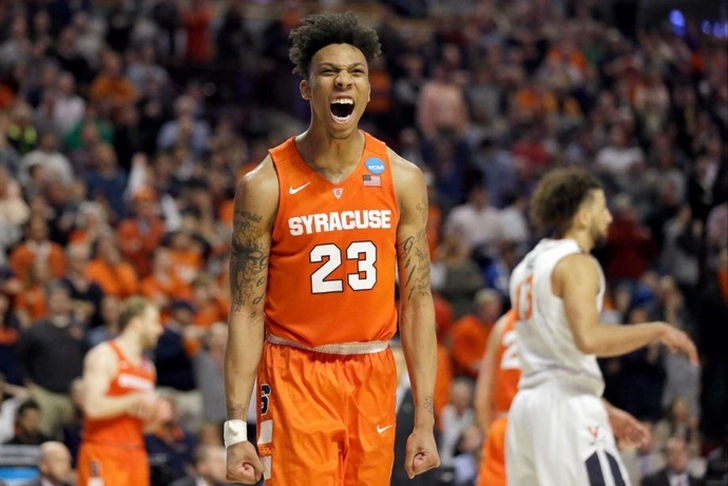 With the 22nd pick in the 2016 NBA Draft, the Sacramento Kings have selected Malachi Richardson from Syracuse. This pick originally belonged to the Hornets, who traded it to the Kings for Marco Belinelli.

Position: SG/SF/PG
Class: Fr.
Measurables: 6’6”, 195 lbs.
Analysis:
The star of Syracuse' Cinderella run to the Final Four, Richardson has vaulted into the first round because of his height and dynamic skill set. He has a smooth jumper (Memphis really needs shooting), a quick first step and a seven-foot wingspan that makes him a nightmare for opponents on defense.