Why Paul Mulcahy Will Make The Rutgers Offense Better Next Season 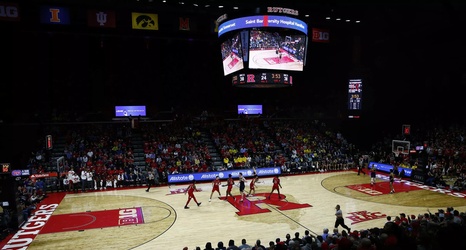 Let’s start off with some trivia. Who was the last Rutgers men’s basketball player to average five or more assists per game for a single season? For even legitimate diehard fans, I have to believe that is a difficult question to answer correctly. Notable past floor generals, including Corey Sanders, Myles Mack, Mike Coburn, James Beatty, Mike Sherrod, Anthony Farmer, Marquis Webb, the brothers Billet, Earl Johnson, Damon Santiago and Earl Duncan all failed to ever achieve that mark during their careers on the banks.