Watch Rutgers in One Shining Moment 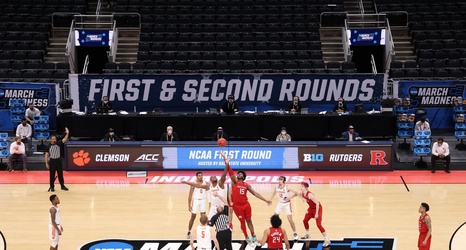 With Rutgers men’s basketball making the NCAA Tournament for the first time in 30 years, the annual tradition of One Shining Moment playing at the end of CBS’s telecast to close out the season finally included the Scarlet Knights. The montage of highlights and special moments from March Madness are played along with Luther Vandross singing David Barrett’s now classic song. Seeing RU included was another reminder that this was a special season.

Rutgers was featured five separate times during the 3:01 video. They are as follows: