Steve Pikiell on Greg Schiano: “I think it helps the entire university” 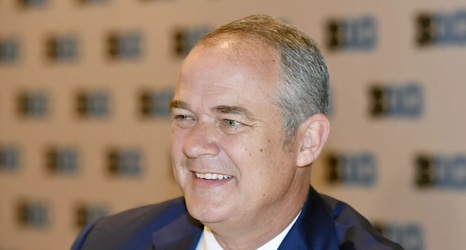 On a day that Greg Schiano was introduced as head coach of Rutgers football and asked the entire state of New Jersey to go all in with support of his program, another highly visible coach was in the room already doing just that. Rutgers men’s basketball head coach Steve Pikiell has shown in his three plus years on the banks that he gets it. He has shown support for many other athletic programs at Rutgers during his tenure, both publicly and behind the scenes, as well as the entire university. So it was no surprise that he was one of three current coaches in attendance during Schiano’s introductory press conference on Wednesday.