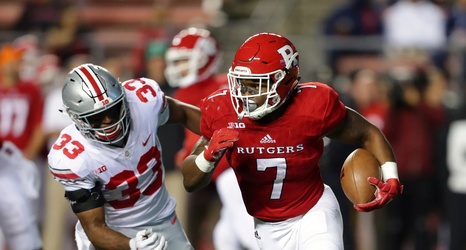 Junior forward Amirah Ali was named a First Team All-American by the United Soccer Coaches on Thursday night. Ali scored 9 goals and had 4 assists for a total of 22 points this season, including four game winners. Three of her scores came in overtime, making her the program’s all-time leader with 8 golden goals. Through three seasons at Rutgers, Ali already ranks 8th all-time with 62 total points with 25 goals and 12 assists. She is now a two-time All-American, earning Second Team honors last season. The striker was one of six Big Ten players to earn All-American honors, but was just one of two to be named to the First Team along with Wisconsin’s junior goalkeeper Jordyn Bloomer.