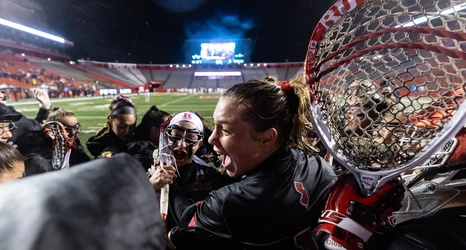 Rutgers women’s lacrosse (15-4) has earned its second consecutive NCAA Tournament bid and will face St. Joseph’s (14-6) in the First Round . The Hawks won the Atlantic-10 Tournament Championship and have won seven of their last eight games. The game will be played at Stony Brook on Friday, May 13. The winner of this matchup will face the winner of Stony Brook-Drexel. Times and TV to be announced.

The No. 13 ranked Scarlet Knights have already won a program record 15 victories this season and earned its highest ranked win ever on Friday with a 13-5 win over No.