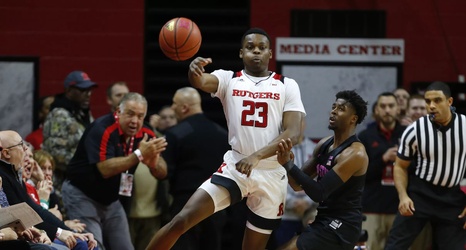 The most fans attended a season home opener in head coach Steve Pikiell’s tenure on Thursday night, as 5,692 faithful were ready to see this new look team. Unfortunately, adjusting to a more up tempo style and facing a team that opened it’s season two days prior, Rutgers struggled and escaped with a 73-71 victory at the RAC. They shot terribly and were poor defensively down the stretch, as Bryant made a bunch of clutch three-point shots. Fortunately, some late heroics from their leader Geo Baker helped secure a much needed season opening win.