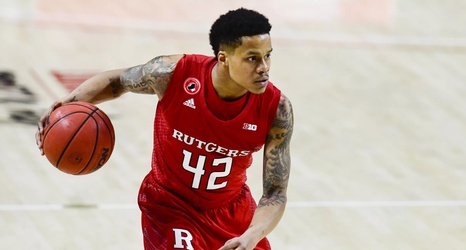 It was a night of firsts for Rutgers when they traveled to College Park, Maryland to open their Big Ten schedule against the Terrapins.

The Scarlet Knights rode an explosive second half to a 74-60 victory at the Xfinity Center. This was Rutgers’ first ever win in a Big Ten opener. It came against a Maryland (4-2) team that Rutgers (5-0) has not beaten on the road since both teams joined the conference in 2014. With the victory, the Scarlet Knights have won their first five games of the season for the third time under Steve Pikiell and won them all by double-digits for the first time since the 1934-1935 season.