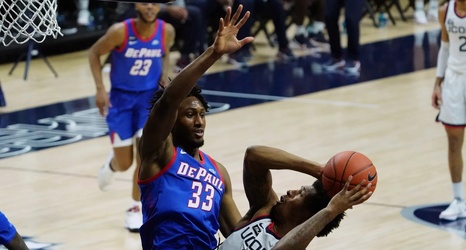 With an unprecedented offseason underway due to new transfer rules, an extra year of eligibility due to COVID-19, the past season forcing players to remain isolated and Rutgers coming off its first NCAA Tournament appearance in 30 years, it’s an unpredictable time.

The Scarlet Knights have four players in the transfer portal, with Jacob Young still expected to play pro ball next season and Myles Johnson, Montez Mathis and Mamadou Doucoure expected to find new homes. Ron Harper Jr. has declared for the NBA Draft but will remain eligible to return if he withdraws by July 19. Geo Baker has yet to announce whether he will take advantage of the free year of eligibility and return next season.