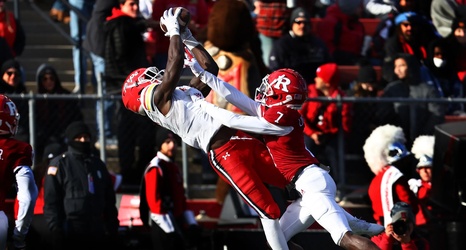 On senior day and the opportunity to clinch the program’s first bowl bid in seven years, Rutgers football showed who they really are. They played hard as always and mostly mistake free with just one turnover and one penalty, but their lack of an offense sunk any chance of a storybook moment in the regular season finale that ended in a 40-16 defeat.

The Terps scored two first quarter touchdowns but had their second extra point attempt blocked by Ifyeani Maijeh and returned for a two-point conversion by Kessawn Abraham. Rutgers fed off the momentum and put together a drive that got them near the goalline.