Rutgers is a broken team — can they be fixed? 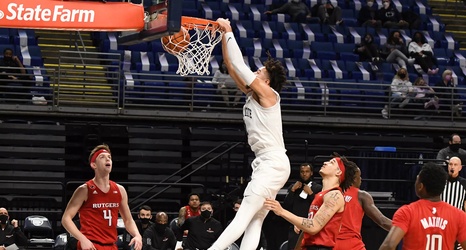 Last season, Rutgers trailed Penn State by 18 points at the half on February 26 before taking a lead in the closing seconds on a Geo Baker dagger, only to be undone at the buzzer. It was the team’s third straight defeat and its NCAA Tournament chances were hanging in the balance. We all know what happened next, as the Scarlet Knights closed out the regular season with impressive victories over then top ten Maryland and at Purdue on senior day. Steve Pikiell’s team responded in a way that made it clear that they deserved the program’s first invitation to March Madness in 29 years.