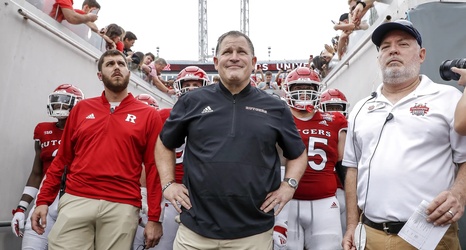 On Thursday night, Rutgers landed it’s biggest recruit of the 2023 recruiting class so far as high 3-star two-way lineman JaSire Peterson committed. After becoming the first commit in this current class more than a year ago, Peterson decommitted just over two and half months ago. Since January, he has earned offers from Syracuse, Pitt, Nebraska, Boston College, West Virginia and Illinois among others. However, the 6’4”, 270 pounder from Union City, New Jersey has decided to become a Scarlet Knight after all.

Peterson has a 4-star rating from 247 Sports but in their composite rankings he is a high 3-star prospect ranked 381st nationally and as 24th best interior offensive lineman in the class of 2023.