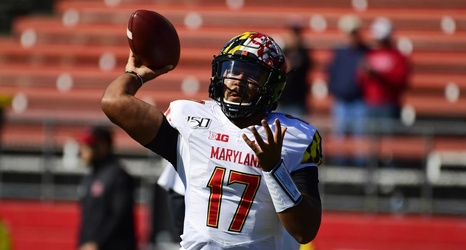 Of course the day did not begin without drama. About an hour prior to kickoff, we found out that not only would Art Sitkowski not play as he contemplated a redshirt, but Junior Captain Raheem Blackshear would not be in action either. As reported on the BTN broadcast and also nj.com, Blackshear told interim Head Coach Nunzio Campanile shortly before the game he planned to redshirt this season, having already played the maximum four games.

What do you know, RU had the ball first. Rutgers drove the ball well on their first drive against the Maryland defense without Raheem.