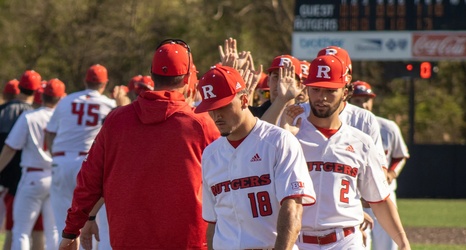 No. 25 Rutgers baseball won their last home game of the 2022 season on Tuesday in a 12-2 romp of St. Joseph’s. The Scarlet Knights improved to 40-12 on the season, joining the 2001 squad as the only teams to win 40 or more games in program history. They finished 19-5 at Bainton Field, their best mark since 2014, a season before joining the Big Ten.

With a breakthrough season in head coach Steve Owens third year at the helm, Rutgers enters the final weekend of Big Ten play tied with Maryland atop the league standings. While some may look at that as disappointing in a way because RU has been in first place alone most of the season, that view would be lacking context.