Rutgers and Seton Hall need to play this season 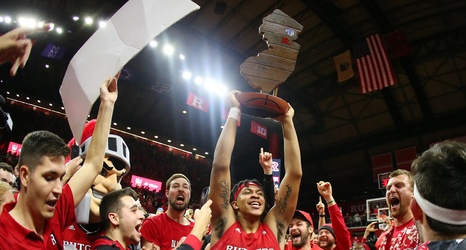 With Memorial Day approaching, it’s never too early to ponder the next college basketball season. The Big Ten announced conference opponents earlier this month and Rutgers has a challenging but relatively balanced slate. It will be some time before the full schedule will be announced and how head coach Steve Pikiell fills out the non-conference portion will be fascinating to watch.

It’s been previously reported by Jon Rothstein that Rutgers is expected to play UMASS, Rider, Lehigh and Merrimack next season. Of course, we know they’ll also play in the ACC-Big Ten Challenge and are in the rotation for this season to take part in the Gavitt Games versus the Big East.