Playing For Jimmy V Falls In TBT First Round 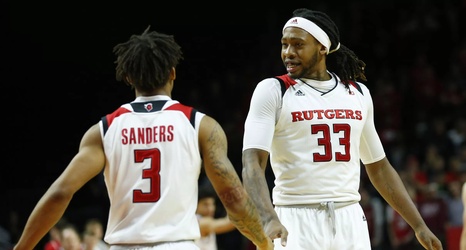 On Friday afternoon, a team coached by former Rutgers men’s basketball managers and led by former Scarlet Knights Corey Sanders, Deshawn Freeman, and CJ Gettys fell in the first round of The Basketball Tournament. The squad, named Playing For Jimmy V, which we previewed here, was put together and coached by former Rutgers managers Alex Neumann, Matt Johnston, and Vinny Vetrone. They were seeded sixth in the Syracuse Regional and opened play against third seeded Team Brotherly Love. Unfortunately, Playing For Jimmy V trailed by 8 points after the first quarter and wasn’t ever able to assume control in the game.