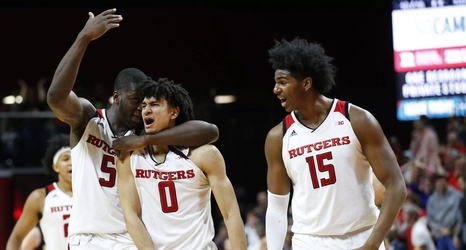 It’s been less than a week since the season ended for the Rutgers men’s basketball team, but it feels longer. The void they left is large, as this group made it a fun winter and despite a rough end to the season, no one wanted it to end. That alone is progress. Some of our staff got together to discuss the season as well as expectations for next year. Let’s tip things off here.

David Anderson: Eugene Omoruyi. Without Gene on the floor, the defense was holier than Swiss cheese against Purdue. Either after that game or the subsequent Northwestern awful final minutes, I texted Aaron that RU might not win another game.