On The Banks Podcast Episode no. 94 featuring Caitlin Schweihofer 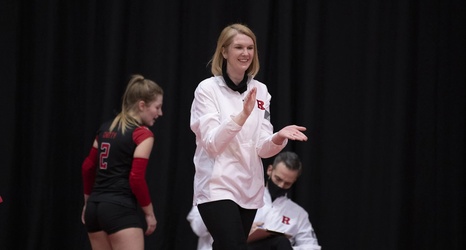 Welcome to episode no. 94 of the On The Banks podcast. This week’s show features Rutgers Volleyball head coach Caitlin Schweihofer.

In her first season leading the program, Rutgers won twice as many games as they had in the previous six seasons combined. Finishing the season on a four game winning streak and two series sweeps against Maryland and Michigan State resulted in a program best ninth place finish in the Big Ten. Junior setter Inna Balyko also made program history as the first player to be named First Team All-Big Ten.

In this episode, coach Schweihofer discussed the challenges of taking over the program during a global pandemic, the process of changing the culture, the progress made throughout the season with individual players and the team, as well as her expectations for the future.