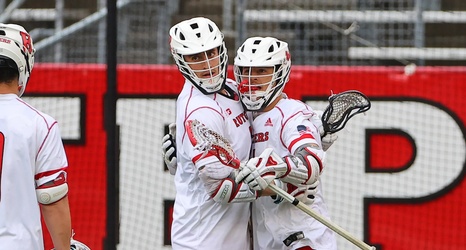 The No. 7 Rutgers men’s lacrosse team swept the season series with Penn State on Saturday in Happy Valley and made history in the process. The 22-10 triumph was the largest margin of victory for RU against a Big Ten opponent since joining the conference in 2014. The win also clinched a second place finish in the Big Ten for Rutgers, are now 6-2. The regular season title was claimed by no. 3 Maryland on Saturday after an 8-0 start and two victories over the Scarlet Knights.

The Scarlet Knights had opened this season with an 11-9 win over then no.