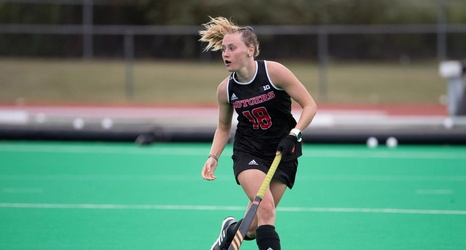 For the second consecutive season, the no. 21 Rutgers field hockey team defeated no. 6 Princeton, upsetting the Tigers on the road 2-1. It tied the highest ranked win in program history, equaling last season’s victory over their in-state rival.

Princeton took command of the game early as Hannah Davey scored just four minutes into the contest off of a corner. They almost scored again right before the end of the first quarter, but goaltender Gianna Glatz made a kick save to keep the game close.

Rutgers responded in the second quarter as redshirt junior Katie Larmour forced the action by attacking the net off the dribble.