No. 10 Rutgers field hockey sweeps No. 4 Northwestern with 3-2 OT victory 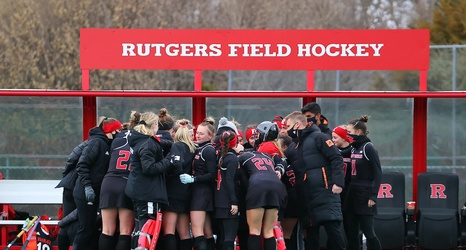 The no. 10 Rutgers field hockey team defeated no. 4 Northwestern for a second time in three days to complete a series sweep on Sunday. The Scarlet Knights won 3-2 in overtime as Katie Larmour delivered the dramatic game winner.

Unlike in Friday’s 2-1 victory when Rutgers scored twice in the first three minutes of the game before the defense held strong, Northwestern jumped out to an early lead on Sunday. Bente Baekers scored 3:40 into the game and the Wildcats held the lead until the final minutes of the second period. The Scarlet Knights tied it at the 28:54 mark as Liz Romano for a second straight game.