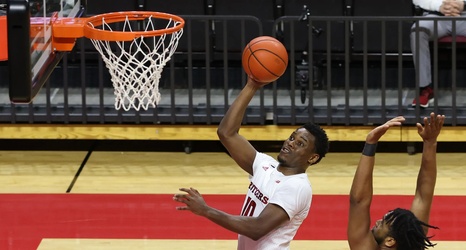 Mathis has started 67 of 90 game played in his Rutgers career. However, after starting the first 13 games of this season, he came off the bench the final 15 contests. His minutes were reduced as well. Despite the change in roles, Mathis was fourth on the team with 8.3 points per game, while shooting 38.3% from the field and 2.8 rebounds per contest. In what may be his final game at Rutgers, Mathis had 10 points in the NCAA Tournament second round loss to Houston.