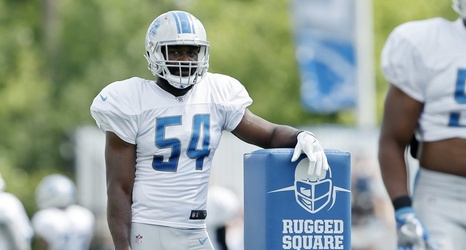 Longa suffered a torn ACL, according to NFL Network per sources, when his knee buckled as he tried to wrap up Giants rookie quarterback Kyle Lauletta, who stopped and cut in the other direction on an 11-yard touchdown run for his first career score of any kind.

The third-year pro was seen on crutches in the locker room after the game.

"I wish him the best," Lauletta told The Athletic.