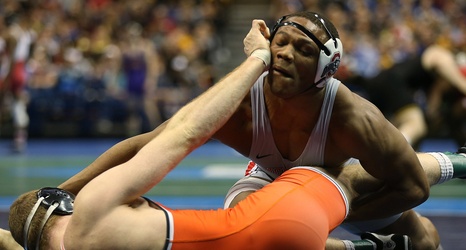 The best wrestler in the world and the new face of U.S. wrestling will be competing in New Jersey on Sunday.

In a rarity, Ohio State senior 285-pounder Kyle Snyder is still in college despite reaching the pinnacle of his sport. He'll lead No. 2 Ohio State against No. 17 Rutgers in a noon Big Ten match at the Rutgers Athletic Center.

Snyder won an Olympic gold medal in Rio in 2016 and also captured the last two freestyle World championships. Just 22, Snyder is halfway to John Smith's U.S. record of six world and Olympic titles and two behind Winslow Township graduate Jordan Burroughs, who won his fourth world gold as part of the U.