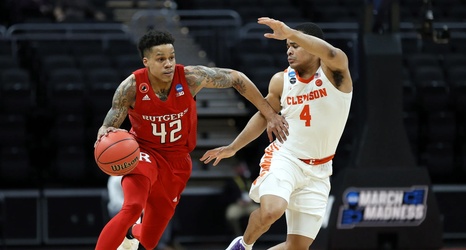 Former Rutgers guard Jacob Young, who announced he was leaving hours after the season ending loss to Houston in the second round of the NCAA Tournament, committed for next season to Oregon on Wednesday night.

Young was a key part of the success that the Scarlet Knights experienced the past two seasons. He was arguably the best penetrator the program has has in decades and his on the ball defense was elite. While he was streaky offensively at times and struggled with turnovers, there is no denying that Young is a major loss.