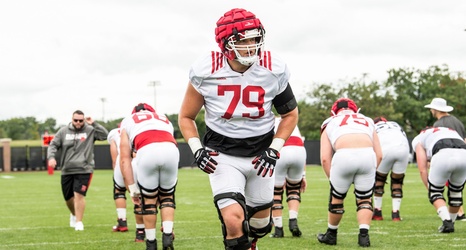 In many ways, the Rutgers football locker room has been figuratively transported 10 miles down Route 287 as eight former players prepare together for their upcoming job interviews.

"We've got inside jokes, and the other guys don't know what's going on, but we know what we're talking about because we spend so much time together," wideout Damon Mitchell said. "But individually, we've got our goals we're setting out to get. When we're together, it's great. But when we're not, we're focused on what we've got to take care."

Mitchell is one of several former Scarlet Knights in a group of about 40 NFL hopefuls training for the pre-draft process at TEST Football Academy in Martinsville ahead of Rutgers' pro day for scouts on March 9.