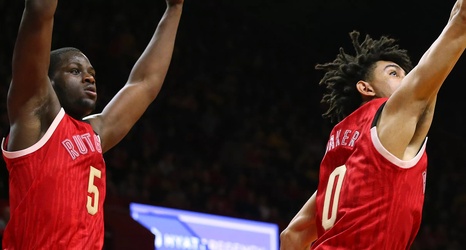 The Big Ten conference announced season honors for men’s basketball on Monday evening ahead of this week’s conference tournament in Chicago. Rutgers players Geo Baker and Eugene Omoruyi received Honorable Mention All-Big Ten Honors. Baker was selected by both the coaches and media, while Omoruyi was selected by the media. In addition, Shaq Doorson received the Sportsmanship award for Rutgers.

Baker averaged 12.3 points, 4.1 assists, 3.1 rebounds, and 1.7 steals this season. He finished second in the Big Ten in steals, fifth in assists, eighth in minutes played at 33.8 per game, as well as ninth best assist to turnover ratio at 1.