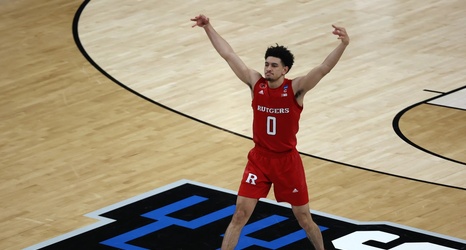 Geo Baker will be entering his name into the 2021 NBA Draft process. The announcement came via Twitter on Wednesday afternoon. Baker will not hire an agent at this time which means the option is still there for a fifth year at Piscataway, which he specified in his statement.

Baker becomes the second Scarlet Knight to make this announcement, along with Ron Harper Jr. who declared for the draft on April 2. Baker, and the rest of the early entrants, will have until June 19 to pull their name out of consideration.