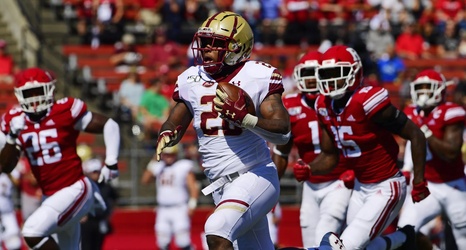 As most of you already know, Rutgers lost to Boston College by a score of 30-16 at SHI Stadium Saturday. Some of you already joined the coalition who have had enough, even though this game was at least watchable. Let’s review what happened.

Those who read my columns regularly know that allowing a score on the opening drive is not a big deal to me at all. This week it was the Boston College Eagles who reached paydirt on their first possession. Officially it went seven plays for 79 yards, but the frustrating part was that 42 of those yards came on a touchdown from backup tailback David Bailey.