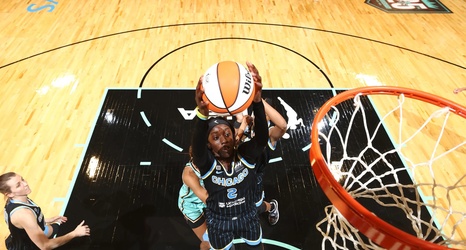 Rutgers will be well represented in Wednesday night’s WNBA All-Star game at Michelob ULTRA Arena at Mandalay Bay Resort and Casino in Las Vegas, Nevada. Kahleah Copper and Betnijah Laney were teammates on the banks almost a decade ago and will be making the first appearance of their careers in the league’s annual showcase event. This year’s game will feature the league’s All-Star team against the U.S. women’s national team to help prepare them for the Tokyo Olympics beginning later this month.

The members of the USA basketball team were automatic All-Star selections. Laney and Copper were selected by the league’s coaches from a pool voted on by fans, media and the players.