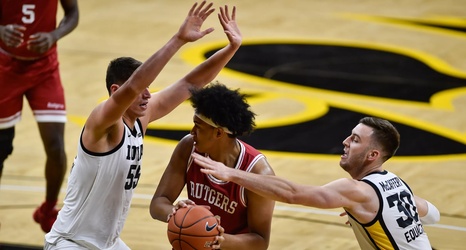 Through the first seven games of the season, Ron Harper Jr. was playing like an All-American and a First Team All-Big Ten player. He averaged 23.4 points per game and only scored under 20 twice, posting 18 points in the season opener against Sacred Heart and 15 points vs. Hofstra. The rim was looking large for him, as he was shooting 56.4% from the floor and 50% from three-point range on 50 attempt. In addition, he was averaging 7.1 rebounds, only grabbing less than 6 once.

And then during the Christmas break, Harper Jr. sprained his ankle, causing him to miss the Purdue game on December 28.