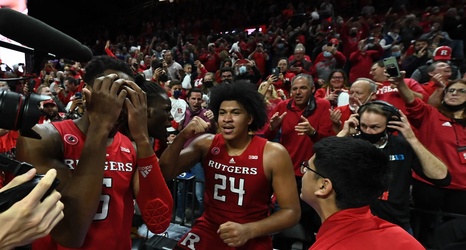 The Big Ten Network is featuring a full day of programming for each of the 14 members of the conference this month. It’s something BTN has done in previous years and Rutgers Day is taking place on Thursday, June 9. The showcase begins at 6:00 a.m. and runs for 24 hours straight into the early morning hours of Friday, June 10.

There are several notable games across multiple sports from this past academic year that are being included. The dramatic victory over then No. 1 Purdue on Ron Harper Jr.’s halfcourt buzzer beater is featured in primetime. In addition, other noteworthy wins from this past year being aired include Field Hockey’s win over Michigan for the Big Ten Championship as well as their road win at Ohio State, the come from behind win by men’s lacrosse over Ohio State in the Big Ten semifinals, women’s soccer beating Iowa to advance to the Big Ten championship game, baseball’s win at Nebraska as well as the win over Illinois for men’s basketball.