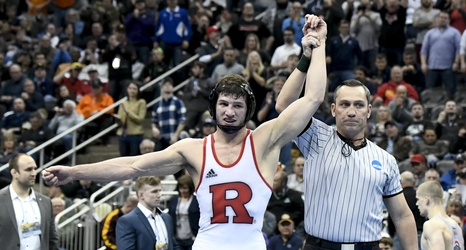 Anthony Ashnault, the 2019 national champion at 149 pounds and all-time winningest wrestler in program history, has been hired as an assistant coach with Rutgers. Head coach Scott Goodale announced the move on Tuesday. Ashnault replaces longtime assistant John Leonardis, who recently became the executive director of the Scarlet Knights Wrestling Club in April.

“I could not be more excited for Anthony to join our staff,” Goodale said. “Bringing Anthony back to coach has been our vision for a long time, and I believe he has an incredible future in this sport as a coach and leader.