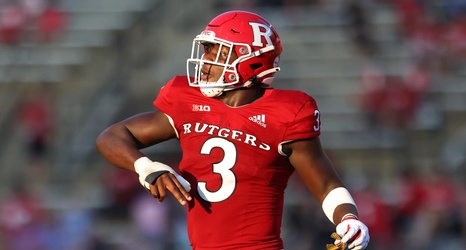 Rutgers football has two players selected in the same NFL Draft for the first time since 2019 on Saturday with Bo Melton and Isiah Pacheco both being picked in the seventh round. Melton was taken 229th overall by the Seattle Seahawks and Pacheco was picked 251st overall by the Kansas City Chiefs.

In addition, there is hope multiple Scarlet Knights will be signed to unrestricted free agent deals now that the draft is over. We will track every player who signs a deal with an NFL team here.

Olakunle Fatukasi was the first Rutgers player to sign a free agent deal and it was with the Tampa Bay Buccaneers.