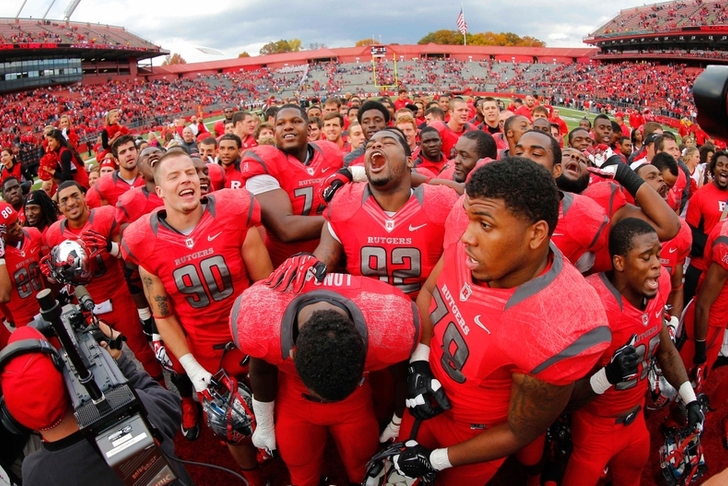 Rutgers finished the season at 7-5, but won just three games in the Big Ten. Still, it's enough to make them bowl eligible a year after losing the Pinstripe Bowl. Who will Rutgers play in their bowl game this year? Marshall is likely headed to the Heart of Dallas Bowl, where Rutgers has a good chance of ending up. Despite being a C-USA opponent, Marshall would still be a good draw for Rutgers, as the Herd won 12 games this season, securing the C-USA Championship.

The Eagles would likely be the ACC opponent awaiting Rutgers if they do return to the Pinstripe Bowl. With both teams in close proximity to the venue, this matchup may be the most logical for the committee, as a strong fan turnout is almost guaranteed. The Eagles went 7-5 (4-4) in the ACC this year.