Zack Moss inactive for Week 12 against the Saints 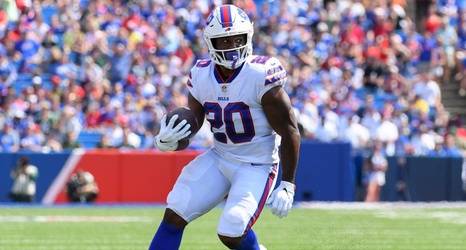 ESPN’s Adam Schefter reports Zack Moss is inactive for Thursday’s game against the Saints. Moss will be a healthy scratch despite having played 43 percent of Buffalo’s offensive snaps. Moss’ 265 rushing yards is the second-most on the Bills, behind Devin Singletary, but his four rushing touchdowns lead the team. Moss is also fifth on the club with 431 yards from scrimmage. Buffalo’s 1,188 total rushing yards rank as 17th best in the NFL.